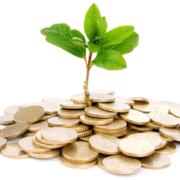 Trickle down…Bootstraps…these flawed mental models of the economy – most often used by those speaking from a conservative point of view – might, at long last, show signs of weakness, providing an opening for progressive models of the economy. Communicators can use this quick review of economic models to win arguments for progressive economic policies now, as well as lay a foundation for public understanding that will last beyond the current crisis.

Mental models are simple representations of a much more complex system. They serve as shortcuts for understanding, such as “the heart is a pump,” and guide people’s attitudes and behavior.

Two of the dominant economic mental models serve a conservative point of view either by building support for economic policies that advantage corporate, wealthy interests, or by obscuring the role of government in shaping economic conditions and opportunities. Progressive communicators should avoid using these models:

Trickle down: While people laugh at the phrase “trickle down,” and argue over who is a job creator, this mental model of money flowing from those with money to those without, from employers to employees, from investors to those who want investment, and so on, continues to influence discourse and build support for harmful economic policies that focus on making sure the wealthy have more wealth.

I am not for raising taxes in a recession, especially when it comes to job creators that we need so desperately to start creating jobs again. Eric Cantor

Guys like me are job creators, and we don’t like having a bulls-eye painted on our back. Steve Wynn

Bootstrap: A sense of self-reliance and belief that with enough hard work anyone can succeed, is firmly ingrained in American culture. It is such a powerful way of understanding the economy that most Americans default to seeing the economy as something that individuals have to navigate as best they can, rather than a system we built and can change. This model is pervasive, used by both progressives and conservatives.

What separates the winners from the losers is how a person reacts to each new twist of fate. Donald Trump

Progressives advance several economic mental models; some are very effective in promoting progressive policies while others should be used with caution:

Flow of Money: To combat “trickle down” supply side thinking, advocates have focused on metaphors that promote Keynesian economic theory, such as “bubble up” or “middle out.” The basic idea is that a healthy economy requires that money flow freely, circulating in the places average people live and work.

Congressional Democrats were able to turn upside down the bill that was presented at the beginning of the weekend…It was a trickle-down, corporate bill. It is now a bubble-up, workers bill and we’re very proud of that. Nancy Pelosi

A People-Centered System: When people have money, they create and grow the economy through their work, earning and spending so businesses have customers and can then hire more people to meet demand. When more people are included in the economy, there is more prosperity. This model is very compatible with the Flow of Money model and when combined, they forefront the important role of average workers and communities in creating broad-based prosperity.

We need to create economy-boosting jobs where the average worker feels valued and earns enough money to comfortably spend in their community and to enhance the well-being of their families. When workers can do that, everyone benefits. Henry Ford was right – his assembly line workers needed high enough wages to allow them to buy the cars they built. National Fund for Workforce Solutions

Importantly, both of the prior two mental models ground the economy in average people and communities. They define “the economy” as being about the wellbeing of people and communities, and affirm the contributions of all people, most especially working class people, to broad based prosperity. If money isn’t flowing to all communities, the system isn’t working. If communities of color are not thriving, the problem is the economic policies that are not allowing money to flow there (not flawed or broken individuals). In this way, making sure that every family and community thrives is both the definition of, and a requirement for, a good economy.

The next mental model, common in progressive discourse, is about class and power struggle. It should be used with caution, based on the audience and situation.

Zero-Sum Power Struggle: Progressive communicators often talk about economic disparities and economic fairness as a power struggle. In this view, the economy is rigged by the rich and powerful, so regular folks are in a contest of raw power with elites to win a bigger slice of the economic pie. While widely believed and quite compelling for some audiences, it is also often disempowering, especially for low income people of color who feel overpowered in this struggle. People can both agree with the idea and be convinced that change isn’t possible.

G.E. doesn’t pay any taxes, and we are asking college kids to take on even more debt to get an education and asking seniors to get by on less. These aren’t just economic questions. These are moral questions. Elizabeth Warren

The more we allow Republicans to concentrate the lion’s share of wealth in the hands of a few, the more power these wealthy few will have. And they will use this power to continue rewriting the rules of both our economy and our political system in their favor. Tom Steyer

Finally, there is a new model emerging in the wake of COVID-19, which we’ll call the Lack of Resilience model. It is related to the Flow of Money and People-Centered System models in the sense that it is about how money flows from average people and through communities to create prosperity, but it focuses on the reverse – what happens when money stops flowing? The immediate and drastic shutdown of the economy makes it obvious how vulnerable we are. It is not just that individual people are vulnerable because they are living paycheck to paycheck. It is also the case that because millions are at risk of not being able to afford the basics, spending stops and everything crashes. We are all at risk due to the lack of resilience created by the pay and wealth gaps in the US. We suspect that this emerging model is one that could influence public support for economic policies for some time to come.

Catastrophic Skepticism: Addressing a Public Trained Not to Trust Media or ...