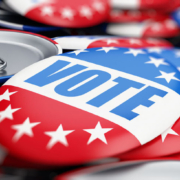 Voting rights advocates are moving quickly to advance a range of reforms that will protect and improve voting rights in light of COVID-19. As the specific policy agenda is taking shape, Topos research provides guidance in how to think about the narrative challenge. While the pandemic should be reason enough to enact pro-voter policies, forces that want to limit and suppress voting are already finding ways to make their public case in this moment:

We cannot take for granted that the broader public will see our agenda as necessary in this moment. We need a broad and compelling foundation for our public narrative because the old partisan messages and defensive strategies are insufficient. The public can help us put pressure on elected officials at the local, state and federal level to do the right thing.

Since the 2016 elections, Topos has conducted multiple research efforts—qualitative, quantitative, and grassroots-led, with a broad swath of the electorate as well as deep investigations with Black, Latinx and AAPI voters—designed to understand the opportunities and barriers in public understanding when it comes to voting reforms. While COVID-19 undoubtedly influences voter support right now, the cognitive dynamics we have seen since 2016 are likely to play out in similar ways. The Topos approach focuses on the Cultural Common Sense, the deeply held understandings that are pervasive, unquestioned, and have the power to shape people’s views and behavior. Cultural Common Sense is the level at which policy debates are won and lost. While we suspect that the Cultural Common Sense on voting rights will evolve in coming weeks and months, many of the ideas we are up against are persistent.

We need a paradigm shift, not a slogan; this moment allows for such a shift.

Our conceptual guide star should be an electoral system designed for Maximum Voter Participation.

We rarely hear the idea that our election systems ought to be laser-focused on making sure we have the most active, most engaged and most participatory electorate as possible. Setting our sights on that goal, holding voting and elections policies accountable to that goal, and measuring reforms by whether they help or hinder that goal, allows us to move the debate onto our terrain for the long term. Instead of measuring a reform by whether or not it makes voting more “secure” or whether it is an acceptable inconvenience to prevent “fraud,” this conceptual guide star sets the expectation that reform should be about expanding voting.

This is NOT currently the default cultural model for voting rights, even though it is certainly in advocates’ hearts and minds.

Examples for how advocates are advancing this idea are at the end of this memo. First, we discuss the cognitive dynamics that prevent people from hearing many of our existing messages and that we suspect will threaten our progress even in light of COVID-19.

We are up against a number of cognitive models that have potential to undermine pro-voter reforms.

1. Voting is currently seen through an Individual lens; we need to advance a Systems lens

Voting is viewed as an individual act, right, and responsibility. It is up to the individual to exercise that right or not. The details of the system in which voting takes place are not visible to most people, and so the role of policies is also not apparent.

Looking at voting through the Individual lens, the problem of democratic participation seems to have little to do with the mechanics of voting and registration and everything to do with people’s knowledge, engagement, and motivation.

In a COVID-19 environment, the system could be thrust into the forefront—how can people vote safely? At the same time, we have to anticipate that those who want to limit voting will make the case that all of us should be willing to sacrifice and to accept some inconveniences in this extraordinary moment. Complaining is selfish. Putting up with adversity is admirable.

Of course, advocates have been trying to bring attention to the system/the rules of the game by talking about voter suppression. When voting rights opponents try to advance bad policies or prevent our efforts to adapt to COVID-19, communicators will be tempted to talk about voter suppression. Problematically, people hear this in individual rather than systemic terms so the top-of-mind response tends to be that individual voters should step up. This is true even among many voters of color who either insist that registering and voting is accessible and easy, OR who expect things to be harder for people of color in this realm (as it is in many others) and are somewhat resigned to the situation. While there are times when it is absolutely necessary to call out voter suppression, communicators need to understand that it is not the most powerful default frame for our issue and that is likely to be the case even in a COVID-19 environment when people are going to be expected to deal with “inconveniences.”

2. We need to connect the dots between policies and participation.

Connecting the dots between policies/rules of the game and full participation helps people see why the policies matter. The idea that different systems impact voter turnout from state to state is one of the few approaches that breaks through the assumption that the real problem is engagement, and that a properly activated person will just step past most of the so-called “barriers” to voting.

For example, when people learn that one state has rules that encourage all citizens to participate and therefore has double-digit higher participation than a state with obstacles, they immediately understand that rules matter. This allows communicators to push back on the idea that reforms should just be left to the states, for example.

3. We have to co-opt integrity.

Those who want to limit voting define election integrity as purity of the vote. If even one illegal vote is cast that is putting poison into our electoral outcome. This will continue to be an attack on many pro-voter reforms, and it is highly unlikely that we can win on this terrain since it is hard to argue against putting protections in place.

Instead, we can redefine integrity of the system as being based on the number of people who engage in the system (maximize participation). The vote is more accurate, more representative, when more Americans vote. We have a better democracy/government when more citizens participate. It will be very hard for the opposition to argue against solutions that allow more citizens to engage. (Of course this has to be tied to the systems frame, otherwise it’s just about motivation.)

4. We should avoid partisanship.

There are a variety of ways that partisanship undermines the case for expanding voting rights:

Putting it all Together

Communicators will find that the Guide Star of Maximum Voter Participation is an extremely flexible idea that can be conveyed in a variety of ways. For all audiences, make sure to:

When people are exposed to this way of thinking, they find it to be powerful, values-driven, and simple common sense. It is a lens through which all voting reforms should be seen.

In our research, prior to COVID-19, the following description created a paradigm shift in voter understanding and support for pro-voter reforms:

Democracy works best when citizens participate and vote. And yet election rules in each state make a big difference in how many voters participate. In states with rules that encourage participation, voter turnout is over 70%, while in states with complicated rules that end up turning citizens away, only about 50% vote. By putting rules in place that encourage voting, rather than discourage it, our democracy will be more representative of what the people actually want. And that’s good for America.

While we have not had an opportunity to test it in the COVID-19 world, we suspect the following approach will be similarly helpful in winning broad public support for pro-voting reforms:

With states quickly enacting voting reforms to respond to COVID-19, we need to ensure that the goal for reform is to encourage full participation. The way states adapt their election rules due to COVID-19, will make a big difference in participation. Even prior to the pandemic, different rules led to voting participation rates as low as 50% in some states and over 70% in other states, largely due to a state’s rules. That’s wrong. The health of our democracy, and the accuracy of our elections are stronger when more people participate.

In communities of color, it also helps to tap a sense of collective responsibility. Many people of color already understand that voting is not simply an individual act, but has effects on other people and communities.

African-Americans often reference ancestors and their sacrifices (slavery, the Civil Rights Movement, etc.) and say it puts the onus on today’s African-Americans to make use of that right, and to make sure that it is not interfered with.

When people have a sense of themselves as members of a community that is excluded from political power and influence, or underrepresented, they often feel that voting is less an individual duty and more of a collective responsibility.

Examples from the Field

The national press corps latched on to this concept of rivalry and trailblazing for full participation.

“Imagine that—a series of laws based in the fundamental philosophy that the way to improve our elections is to make it easier for as many people as possible to vote. A revolutionary moment.”

“With each expansion of voting rights, the nation inched closer to being a truly representative democracy.”

“Vote. That’s Just What They Don’t Want You to Do,” NYTimes

Since the global pandemic hit, an editorial by Tram Nguyen touched on inclusive themes while making the case for full participation:

This year, the Virginia legislature took giant strides toward fuller participation in governance by eliminating obstacles to voting. More than a dozen bills were passed by the General Assembly that will move Virginia into the forefront of voting rights in the United States. The cumulative effect of these and other laws will make it easier for every eligible Virginian to vote. There is much more to democracy than voting, but it is the key to creating a Virginia for all of us…

There’s power in politics that is inclusive, that’s focused only on building a brighter future for our communities. People know what they need. We must take the time to listen. The more young people, working-class, multilingual and formerly incarcerated individuals have access to the ballot, the greater our chances of enacting good policies. Our democracy performs best when there’s equal access to the ballot box. Come November, it will be Virginians’ turn to exercise it.

Storytelling in the COVID-19 Moment