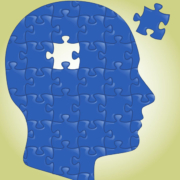 Progressive advocates increasingly accept what Conservatives have long recognized – that issue advocacy is often a competition between opposing value systems. Following on Thomas Kuhn’s groundbreaking work on paradigms, George Lakoff’s influential Moral Politics, for example, argued forcefully that conservatives and progressives inhabit radically different but equally coherent moral worlds, and that their views on any given issue emerge from deeply held values and about who we are and how the world should be. In other words, it’s not as simple as saying that “we’ve got the facts on our side and they don’t.”

Take almost any contentious issue: Abortion rights, the death penalty, gay marriage, immigration, environmental protections, taxes, gun control, charter schools, nuclear disarmament, health insurance, government regulations. People’s stands on these issues are related to a sense of moral identity, and are not matters of objective truth. As it happens, many of the disagreements on particular issues come down to a basic moral distinction: whether we think of ourselves as fundamentally about collective responsibility or self-reliance – what Jared Bernstein has dubbed the WITT (“we’re in this together”) and YOYO (“you’re on your own”) positions.

It is clear that when issues are rooted in deeply held values, change and progress is difficult to achieve. A belief about the importance of personal responsibility is much harder to change than an opinion about whether one car gets better mileage than another car. In general terms, disagreements about “who we are” or “right and wrong” are trickier than disagreements about “how things work.” In philosophical terms, we are dealing with the very difficult problem of moral relativism, according to which there is not necessarily an objectively right or wrong stand.

The work of the Topos principals over the last 10 years suggests that the current emphasis on valuesbased advocacy is actually an overcorrection away from the traditional reliance on facts as persuasive tools. Recognizing that facts actually are not enough, current communications often overemphasize appeals to moral identity and values, relying too much on reminding the audience that “we” (Americans, Chicagoans, etc.) are the kind of people who: respect individual rights, care about our neighbors, love our country,” and so forth. In identity-based communications, you need to know your audience – how they talk, who they listen to, and so forth – in order to appeal effectively to their sense of who they are.

And given that most of us are a mix of all of these values, artfully connecting issues to identity becomes the name of the communications game.

What has been deemphasized is the kind of communications that is not based on our sense of who we are – namely, explanation-based advocacy.

Explanation-based advocacy worries less about values and more about how the world works. (Note that effective explanations are very different from bare facts.) The fundamental assumption of this approach is that as people come to understand how an issue works – how cause and effect play out – they tend to converge on generally sensible policy choices, regardless of politics (or identity). Much research by the Topos principals over the last decade on a variety of issue areas has repeatedly demonstrated the effectiveness of this approach.

Consider the following issue areas, where progress has come along with increased understanding:

While the problem is not yet solved, very substantial steps have been taken to address it. Not coincidentally, a high proportion of Americans know that aerosols and CFCs have a destructive effect on the ozone layer, and that the resulting “hole” allows sunlight to penetrate the atmosphere in harmful ways. The very concrete language (and images) of the ozone hole – which seems like a hole in our metaphorical “roof” – have certainly been factors in helping American society grasp and take responsibility for the problem.

There is still a great deal of progress to be made in educating Americans about mental health, but there has also been an undeniable change for the better on the levels of both attitudes and policy. Behind this change is the growing understanding that brain chemistry and anatomy as well as developmental experience contribute to behaviors that used to seem simply “crazy” or “bad.” Various nonprofits have helped promote messages about “brain disorders” for instance. Even if only understood in a simplistic way, these biological explanations for behavior have had the virtue of concreteness, and have opened the door to entirely new ways of understanding familiar problems.

The history of the tobacco issue is very complex – and has included important moral dimensions – but explanation is certainly one of the factors that has led to more restrictions on the use of tobacco products. For instance, people now recognize, as they did not a generation ago, that cigarette smoke contains chemicals that are physically addictive, and that second-hand smoke has health consequences for nonsmokers.

In each of these cases, the public has been offered a concrete explanation involving cause and effect, and the result has been that parts of people’s minds that would otherwise not have been engaged – the descriptive, practical, “how the world works” parts – have helped them view the problem in new ways.

Part of the appeal of explanations-based communications is that it offers the possibility of fundamental and even irreversible change in how people think about an issue. Once people understand the basic idea of second-hand smoke, it is hard for them to unlearn that idea, no matter what kind of values-based appeals are made. The issue moves forward. Contrast that with the perpetual oscillation between communitarian and individual values that America is famous for – each Great Society program eventually provokes a backlash insistence on individual responsibility, and vice versa.

The practical implication of this perspective on communications is that advocates should be on the lookout for areas where the public fails to understand the mechanics of an issue, and not only its moral/ political underpinnings.

Interestingly, even the fundamental opposition between WITT and YOYO perspectives, often seen as a matter of (moral) identity, is actually also a question of objective understanding of how the world works. In other words, it’s fair to ask – and to communicate about – which view is a more accurate description of how the world actually works. This is particularly important when these views serve as guides to our actions, as they do on any issue where laws and public policies come into play.

Could anyone argue seriously that individual effort can deal with these issues, that the YOYO approach can solve the problem?

Despite much of the rhetoric, the current mortgage and credit crisis is another problem that can only be solved by a WITT approach. In fact the problem itself begins with the deregulation of the lending industry – an example of YOYO-ism at work. Rather than taking the WITT perspective that the mortgage and credit systems are an important pillar of overall prosperity, and that all Americans have a collective interest in preserving the strength and integrity of the system, the deregulators chose an approach that said to borrowers, You’re on your own when it comes to choosing reasonable mortgages, and to lenders, You’re on your own when it comes to managing your risks and warning lenders (or not) about the chances they’re taking. 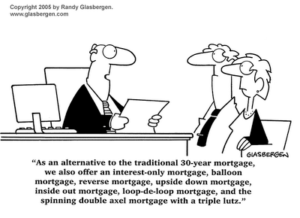 As a matter of morality, there’s room to argue about lenders’ responsibility to borrowers, and about whether they should be in the business of “protecting us from ourselves.” (There certainly are, or used to be, American bankers who would not think it right to make loans that many borrowers don’t really understand and are likely to default on.) From the perspective of the country’s practical interests, though, there’s really no question which of the YOYO or WITT perspectives offers the clearer picture. The lending practices that became popular following deregulation have led to a significant recession. Markets and industries are so deeply and multiply interconnected that we truly are all in it together, whether it suits our moral leanings or not.

And by the way, while deregulation has recently been largely a Republican project, no-one should believe that the YOYO – WITT divide is inherently a partisan one. Republicans have taken a WITT perspective on a wide variety of issues, from California governor Arnold Schwarzenegger’s proposals for universal health care (on both moral and practical grounds) to traditional Republican support for sacrifice and service in defense of the country, to the environmental efforts of Republican presidents from Teddy Roosevelt to Nixon and various Republicans currently or recently in Congress (particularly in the New England delegations). Even if hyper-individualism is a hallmark of a certain popular type of contemporary conservatism, the WITT perspective is too fundamentally true to be the property of one party or the other.

If the YOYO vs. WITT clash plays out in important moral debates, it may be even more significant as a conceptual clash. These fundamentally different stances guide our perception of the world and how it works. They help us see certain things and obscure others. One reveals that our neighbor’s mortgage problems affect us, the other blinds us to that fact.

Strategies for Debt Ceiling Talk and a Deficit of Understanding

Topos on Framing
Scroll to top