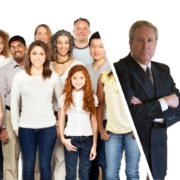 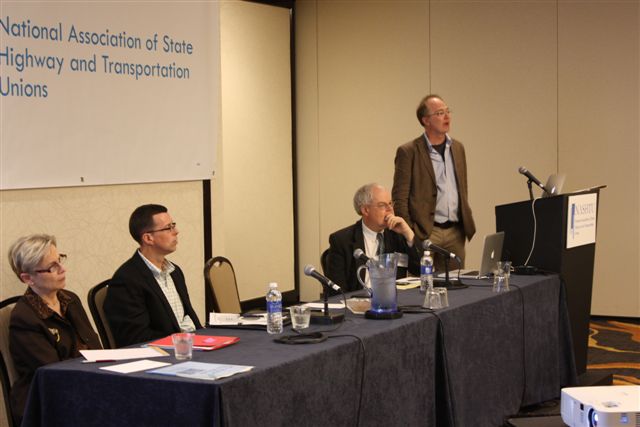 Topos is often invited to share our work on reframing privatization with groups that are on the front lines of countering efforts to shift public assets and public responsibilities to private companies.

Topos has found that when the topic of privatization is framed simply as an issue of cost effectiveness, average people assume that private enterprise can likely offer services more cheaply and efficiently than government, and they have a “let’s give it a try!” attitude. They don’t become aware of the pitfalls of privatization schemes until it is too late.

However, when the issue is reframed as a matter of handing over control of important public assets and public responsibilities, people quickly take a much more critical and skeptical view of what might go wrong in a privatization scheme.  These doubts deepen if people are asked to consider whether we can count on private companies to do a good job when they are essentially given a monopoly or they are given a long term contract.

This month, Topos principal Axel Aubrun spoke at the 14th Conference of the National Association of State Highway and Transportation Unions (NASHTU).  Axel — together with Nancy Tate (Executive Director of the League of Women Voters) and Scott Amey (Project on Government Oversight)  — shared a panel entitled,  Outsourcing, Privatization, Contracting Out – Current Outsourcing Trends and How to Communicate About the Dangers Effectively. 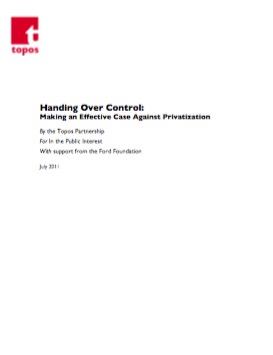 The Half the Oil Plan
Scroll to top