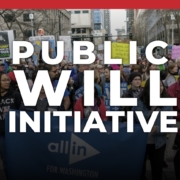 For nearly two decades, Topos has been raising the alarm about Americans’ distance from government and working with advocates to reclaim it. Not only have Americans lost confidence in government’s ability to act effectively to solve problems, they no longer see government as representing them. They don’t feel like citizens in a democracy, but like subjects in some other kind of society altogether.

Reclaiming government is a consistent, ongoing part of Topos’ focus. We reengage people by reminding them of how public institutions are foundations of our wellbeing and by offering a vivid picture of how democratic participation works that inspires activism.

Across issue domains, our narrative best practice principles are re-engaging Americans with the hard work of improving our government.

[Rent control] is a smart, proven policy that can immediately stabilize prices, halt rent gouging, and reduce the risk of displacement and homelessness, while increasing housing security and affordability over the long term. Why should policymakers and community leaders act now to implement rent control? Rent control works…

“Our Homes, Our Future: How Rent Control can Build Stable, Healthy Communities,” co-produced by the Center for Popular Democracy, PolicyLink, and the Right to the City Alliance.

Conservatives can’t have it both ways. You can’t do everything in your power over several years to undermine a valuable public structure and then turn around and complain when it doesn’t work like a well-oiled machine under intense pressure. Unfortunately, as with it has with so many other public structures – most notably, our public schools – that is precisely the cynical and disingenuous approach that the Right has brought to the public policy debate in North Carolina for years.

“NOW they like it: New and stunning hypocrisy from the political right about unemployment insurance,” by Rob Schofield, NC Policy Watch, April 9, 2020.

The shutdown reminds us that government is not the problem but the solution, or at least part of it, when it comes to many aspects of our common life. We can see the damage done to the air transportation system, bureaus that gather useful economic statistics, the Internal Revenue Service, the FBI, the Drug Enforcement Administration, and the Bureau of Alcohol, Tobacco, Firearms and Explosives. Add in the Coast Guard, Customs and Border Protection, the Forest Service and the Weather Service. And this is a very partial list. The glee with which President Trump has talked about a shutdown for months reflects an old conservative trope: Government is so bad, plodding and, well, useless that people won’t mind if it disappears for a while.

Dig into our trove of resources: 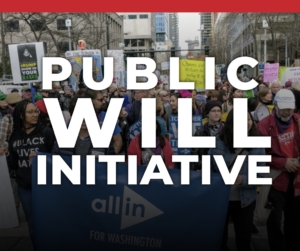