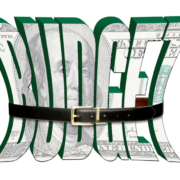 House Democrats’ HEROES Act proposal puts state fiscal relief in the spotlight. This document is intended to serve as a brief primer on how to make the case for federal aid. We are grateful to our friends at the Center on Budget and Policy Priorities for providing expertise and insights to inform this primer.

When we make state and local governments the focus—by emphasizing budgets, shortfalls, accounting balances, etc.—we are directing people to think about money that goes into the black hole of government. In a time of scarcity (like now), state budget cuts will be viewed as unavoidable, and continued massive federal spending will start to make voters queasy. The “blank check” attack will begin to have more and more traction even though voters are currently supportive of aid.

The issue is really about making sure that families and communities can rebound quickly and equitably. This is about helping our communities thrive by keeping teachers, nurses and firefighters employed, keeping our public transit and hospitals running, and so on. Communicators should overtly make the link to the services people rely on, and not assume people will connect-the-dots on their own. Our research finds that budget and tax policy is typically off the radar as a way of solving problems, and few see state and local governments as helpful economic actors, so communicators need to actively advance these ideas.

Relatedly, depending on a state’s particular situation, communicators may want to add the point that without adequate federal aid, states will have to raise taxes. Communicators who want to add that idea should keep in mind that some states may have to raise taxes even with federal aid, so be sure to: 1) avoid framing taxes as a burden; 2) always link revenue to what revenue pays for (as noted above) and 3) distinguish between the regressive taxes states may default to and the progressive tax increases and loophole closings that advocates want to proactively advance.

Lesson #3: Use a “Flow of Money” mental model to simplify the case.

Mental models are simple representations of a much more complex system that serve as shortcuts for understanding, such as “the heart is a pump.” We can simplify and add power to our case with the right metaphors to guide thinking. Our research suggests that a Flow of Money to Communities model is effective. It makes people’s wellbeing the focus, while emphasizing shared fate and our ability to be intentional about creating the economy we want. (While it was not developed specifically for state fiscal policy, we believe the lessons translate.) For example:

States that keep money flowing throughout all their communities will recover faster than those that start laying off public employees and cutting off the flow of money to families and communities.

Austerity measures—drastic cuts in public services, massive layoffs of public employees—have a negative ripple effect throughout our communities as there is less and less money flowing to families for basic spending and through businesses on Main Street.

Time and again, states that keep money flowing in hard times—to hospitals, schools, first responders, small businesses—bounce back faster from a recession. States that stop the flow of money to communities by firing teachers, first responders, aid to people and so on, make it harder for people and communities to get back on solid financial footing.

Lesson #4: Explain how we got here and why the federal government has to help.

We should not assume that people can connect-the-dots on this topic. It is likely that most people are simply concluding that times are hard for everyone right now and states have to tighten their belts too.

Be clear about why states are in trouble, for example, “The public health emergency required a lot of urgent, additional spending like x, y, z. At the same time, it forced us to close down a lot of economic activity, which resulted in less revenue to pay for those urgent needs.”

Two Narrative Strategies for Engaging on Race
Scroll to top