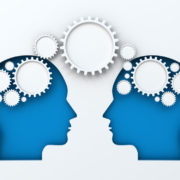 Science and evidence-based decision-making have been under assault in recent years. Dueling scientists and propaganda cause confused citizens to opt out of the debate.

A clear, simple understanding of the basic mechanism under debate goes a long way toward building public support for the right actions. Once people have learned something new, they can’t unlearn it; it provides a lens through which people see the issue.

Simple explanatory messages or simplifying models, often based on a vivid metaphor, are powerful, sticky and quickly go viral.

Topos has developed effective simplifying models for communicating “how things work” and a number of these have become standard approaches for explaining the issue.

This means investing in, and rethinking, the way we grow food so farmers can work with nature, not against it, to reduce crop loss, improve yields and lower the cost of healthy, fresh food.

CAFOs create problems by ignoring and working against various natural systems ranging from soil ecosystems to animal digestive systems. By contrast, the superior Smart Pasture Operation approach gains cost and other advantages by working with natural systems… there is a growing movement among U.S. farmers to improve efficiency by harnessing natural systems rather than working against them. More and more meat and dairy farmers are successfully adopting sophisticated animal production practices such as Smart Pasture Operations and hog hoop barns that avoid most of the costly and dangerous consequences of CAFOs.

If we fall backward and continue to burn fossil fuels, more and more carbon dioxide is released into the atmosphere. This concentration of carbon dioxide acts like a blanket that traps heat, disrupting ecological systems and the climate.

“Alaskans can move on from fossil fuels and flatten the climate curve,” Juneau Empire, by Kay Brown, Arctic Policy Director for Pacific Environment, Wednesday, May 20, 2020.

In an hour, we learn all we need to know about climate change and what each of us can do to stall and reverse the process. For instance, while I have heard about carbon emissions and carbon footprints, when the programme likened carbon to a blanket surrounding the earth and increased emissions thanks to fossil fuels, which power our lives, resulting increased temperatures, it made perfect sense. More emissions means thicker blanket means more heat — it is that simple.

“‘Climate Change: The Facts’ review: Running out of time, but there is still hope,” The Hindu, by Mini Antihikad Chhibber, March 6, 2020. 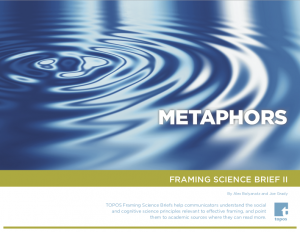 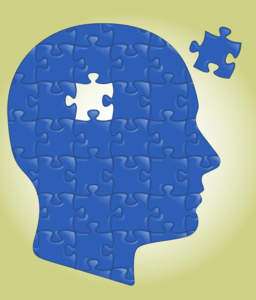 Values vs. Explanations in Advocacy

Engaging on Race
Scroll to top