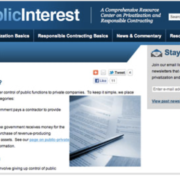 Topos’ recommended approach is the leading strategy for anti-privatization advocates, resulting in scores of wins.

Our investigation determined that the existing cultural common sense advantages those who seek to expand privatization of public services and structures. The CCS says:

Attempts to convey all the flaws of privatization (greater costs, lower quality, profiteering, less transparency, etc.) fail to convince people that in a choice between government and business, government can run things better.

Our approach changes the question. Instead of “who would do a better job?” our strategy asks “who should control?” Drawing people’s attention to the idea that privatization means handing over control of important public goods and responsibilities to private companies (that have their own interests at heart), causes people’s perspectives to change. They focus on losing their voice in how things are done, and begin to look at privatization proposals with a much more critical and skeptical eye.

Handing over control is now the main strategy anti-privatization advocates are using to great success:

In 2017, Rep. Bill Shuster (R-PA) introduced a bill to give oversight of air traffic systems to a board comprised of commercial airline representatives and workers, and the system for paying for air traffic control services would have been privatized and sold to investors who would charge user fees. As the bill progressed through Congress, the Handing Over Control frame spread through public discourse and led to the defeat of privatizing air traffic control services.

“Our airspace is a public resource and a great national treasure. Control over it should not be handed over to a private board with no oversight from Congress and, therefore, no obligation to represent the best interests of the citizens of the United States.” 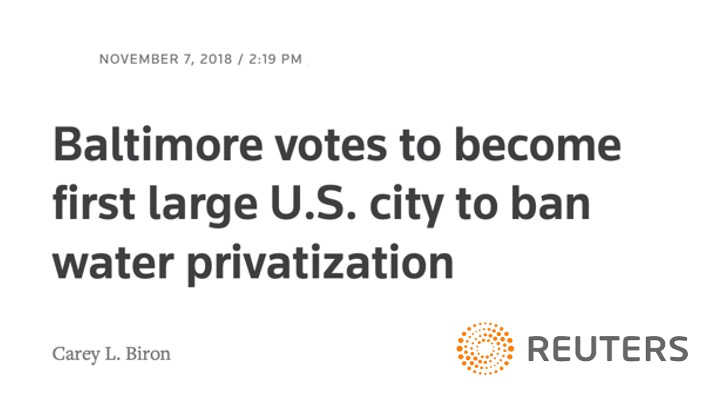 The Public Water Collaborative – including In The Public Interest, Food & Water Watch, ACRE, and Corporate Accountability – used our strategy and communications materials to develop rapid response and outreach/work with grassroots organizations across the country working on various anti-privatization campaigns related to water. Among the many successes are: