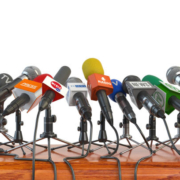 To some of us, it is baffling how long it is taking for some Americans to do their part to effectively fight the spread of COVID-19.

How hard is it to understand that more time spent around other people means more chances for the virus to spread? The catchy and (sorry) viral “Stay the F— at home” song captures the attitude of many, who can’t believe how casually others are behaving. Why don’t people get it, and do the right thing?

A compelling piece on Vox.com earlier this year holds part of the answer. The author, Sean Illing, discusses a cynical political strategy designed to make people skeptical about everything they see or hear in the news.

Illing cites a reported 2018 statement from Steve Bannon, former Trump strategist and Breitbart News chief: “The Democrats don’t matter. The real opposition is the media. And the way to deal with them is to flood the zone with shit.” As Illing puts it, the Bannon strategy (pioneered earlier by Vladimir Putin) aims at “creating widespread cynicism about the truth and the institutions charged with unearthing it” in order to “ensure that the public can never mobilize around a coherent narrative.”

The political effects of a public that never trusts experts or the media are frightening enough – but the COVID-19 crisis is showing how catastrophic and fatal the consequences of a strategy of media disinformation can be. If the pandemic is dismissed as a “hoax” or a story exaggerated to hurt a politician’s election chances, of course we can’t unite around a strategy to beat it.

As of mid-March, just 15% say they trust the information they hear about coronavirus from the news media “a great deal” and only 16% say the same of President Trump. (NPR/PBS Newshour/Marist Poll, March 13-14, 2020, n=835 adults nationwide) Flooding the news with chaos undermines trust in all voices.

Attitudes toward science are an important part of the story, and should not be taken for granted. While 43% trust public health experts, “a great deal,” (NPR), as we have seen, trust in science can also be undermined.

Topos research (in 2017 for the Union of Concerned Scientists) found that it is extremely easy to trigger skepticism about any given scientific topic, because of widespread perceptions that “scientific” pronouncements are actually driven by political, economic or personal agendas.

So how can supporters of science and of informed democratic processes – in whatever issue area – hope to reach audiences deliberately driven (by operators like Bannon) to confusion and skepticism?

We’ve all seen the last point play out as journalists questioned whenever Dr. Anthony Fauci was not center stage or allowed to talk at White House briefings. Perhaps that is part of the reason that out-and-out rejections of COVID-19 as a legitimate public health crisis are on the wane, and scientific experts are center stage (for now). Hopefully, this is an indication that reality, when the experts are allowed to share it, can trump propaganda and cut through people’s profound skepticism.

Even more hopefully, a silver lining of the current crisis may potentially be that it provides a powerful example of the need for people to sometimes trust the expert consensus and major media sources, so that a meaningful public discourse about the path forward can be re-established.