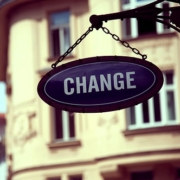 A: When it makes future wins harder.

When we at Topos are asked what distinguishes our approach from the various communications strategy and research groups around the country, the answer is simple: We focus on creating tools that change the culture.

On issue after issue, advocates for important causes must contend with cultural patterns that work against their goals. Despite these communicators’ passion, wisdom and hard work, progress is often frustratingly slow because broadly shared patterns of thought and understanding are preventing progress and engagement.

Consider the issue of “job quality” – which encompasses how workers are paid, whether they receive basic benefits, whether they are given reasonable schedules, et cetera. Our research experience tells us that regardless of the specific policy in question, there are several stubborn cultural patterns that get in the way of improving outcomes for workers. Most if not all Americans share default perspectives like the following:

If you don’t like your job you can always leave.

If you want a better job, work to improve yourself (through additional education, etc.).

There’s no such thing as a bad job – a job is what you make of it.

Regardless of party identification, education level or other individual differences, Americans recognize these perspectives, and typically default to them at one time or another during a conversation about jobs. 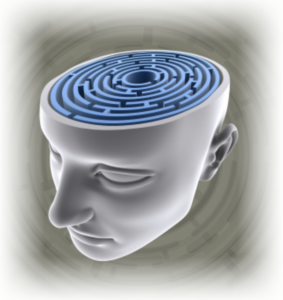 These perspectives reflect deep cultural narratives about work, jobs and business. As Americans, we value our “freedom” to move one from job to another, we value individual initiative and responsibility to “improve” ourselves, we value a strong work ethic, we respect people who create a successful business and we regard it as theirs to run as they see fit, and so forth. While we may also take other viewpoints at times, these ideas are so familiar and natural that they can seem like the whole truth – basic common sense that isn’t even questioned.

Most of us are blind to the notion that the job itself could be improved.

We share a cultural story that we each make our own way in the economic world, making the best of our circumstances, prospering the best we can given our abilities, character and luck. We navigate this terrain, we don’t shape it.

And the patterns of thinking we are up against on other issues are equally daunting – from default perspectives telling us that the family (as opposed to community or society) is all that really matters for a child’s development and outcomes, to the universally shared idea that we (including our governments) should “live within our means,” to ones that tell us that the gradual degradation of nature is the inevitable byproduct of “progress.”

Winning the battle, losing the war

Communicators often know or sense – whether through research, instinct or experience – that they are up against stubborn patterns like these. So what to do?

Unfortunately, one all-too-common approach is to work “with” current attitudes rather than against them. For instance, communicators are advised to “beat up on government” before advancing their own proposals. They are told that referring to government’s shortcomings or failures is a way to “connect” with the public, to show they “get it.”

But what happens when this advice is followed? One result is predictable: further reinforcement of the attitudes that stand in our way. So even a “win” ends up making future victories more difficult, and may in any case be reversed or undermined by the next vote. In this way communicators can end up winning a battle while losing the war – because they haven’t worked towards changing the culture, towards the kind of change that lasts.

To take another example, we have tested messages that take a “get tough” stance towards “illegal immigrants”, before bridging to policies that are actually about amnesty and legalization. (“Let’s make them all learn English and get drivers licenses.”) The result? Even if such messages trigger enthusiastic agreement and seem to promote the right policies, they actually (and predictably) end up reinforcing anti-immigrant attitudes. In fact, the part that listeners are most likely to hear, remember and respond to is the part about getting tough – the part that echoes and reinforces current cultural dynamics, that “meets people where they are”.

Wins achieved through messaging like this do not pave the way for other victories. They simply make the next battle just as tough or even tougher.

Since the beginnings of the modern conservative movement in the 1950s (William F. Buckley’s establishment of the National Review etc.), one of the movement’s strengths, and one of the important reasons for its impact, is that it has focused so much attention on asserting core ideas, as opposed to achieving individual victories by whatever means. In short, it has succeeded by not focusing on “what works” in a tactical sense.

Conservatives of that era, along with those who have followed in their footsteps, grasped that real success depended on changing the culture – not “working with it.”

The American Enterprise Institute’s founding mission was to promote “greater public knowledge and understanding of the social and economic advantages accruing to the American people through the maintenance of the system of free, competitive enterprise.”

“There is a major cultural schism developing in America. … The new divide centers on free enterprise – the principle at the core of American culture.”

“Our political economy and our high-energy industry run on large, general principles, on ideas….”

From William F. Buckley’s mission statement for the National Review, 1955

These are not the thoughts of communicators eager for any immediate victory. Rather they are reflections of the fact that the larger struggles at stake will determine the meaning of all the smaller struggles along the way.

In effect, visionary conservatives have, for decades, played offense rather than defense. Instead of focusing on ways to achieve victories in spite of prevailing attitudes, they have looked for, and created, opportunities to make the broader case for smaller government, lower taxes, and so forth – understanding that by shifting the culture in their direction, they make all battles more winnable in the long haul.

Whether on the broadest questions that shape our society – such as the proper balance between individual and collective responsibility – or on more particular issues such as job quality, communicators can learn an important lesson from the conservative movement about the importance of taking the culture head-on.

How do communicators know whether they have the kinds of messages that help change the culture?

(Note: Good messages/ideas may not be sufficient to change culture – which can also require frequent repetition from compelling sources, changes in actual experience, and so forth. But they are necessary almost by definition.)

From our perspective, informed by social and cognitive science, a message must meet several critical criteria in order to have a chance of succeeding at this level:

Agreement/enthusiasm: Naturally, people who hear the idea – or at least, a lot of them – must find it persuasive and compelling.

Clarity: The idea must be easily and accurately understood.

Memorability: If an idea doesn’t stick with people, it has little chance of entering or changing the culture.

Repeatability: Likewise, if the idea isn’t one that average people can convey themselves, it has no chance of shaping the culture – since “the culture” is all about our shared ideas and assumptions, which we convey to each other in any number of ways.

The first of these points is a basic starting point for all message testing. It is a relatively easy task to find out whether people like or agree with a statement, find it more compelling than other statements, are excited or lukewarm about it. But agreement is insufficient. If the goal is culture change, the bar for success needs to be far higher.

What if people are agreeing with a statement while not understanding it as intended? Unfortunately, this is much more common than most communicators realize. Recall the “get tough” immigration messages that, despite communicators’ real intentions, are understood mainly as admonitions to get even tougher. We encounter the same dynamic across all issue areas: Audiences often give thumbs up to a message while not understanding or interpreting it the way insiders think they will.

And what if an idea sounds clear and compelling, but people can’t remember or talk about it five minutes after finishing a phone survey? Everyone can express the idea that we should live within our means, whether in these words or others. To become part of culture, an idea has to feel natural coming from regular people, not just experts or professional communicators.

Much of the art and science of developing a communications strategy depends on developing new tools to assess these properties of an idea or message. The evolving set of approaches used by Topos – from ethnographic field work to “Talkback” testing of individual messages, to “Virtual Community Forums” to longitudinal testing – reflects a commitment not to particular methods, but to getting at the potential of a message to help with the critical job of changing the culture, in large or small ways.

When people first think about the challenge of “changing the culture” they may assume that the timeline is measured in years, decades or even generations. And to be fair, it did take the visionary conservatives this amount of time to truly shift American culture in their direction.

But it is important to bear in mind that the same ideas that can ultimately change the culture can also engage people immediately to create to short-term victories. For instance, the idea that Americans have collectively built systems and structures that have helped create prosperity and quality of life can immediately launch a constructive, engaged and aspirational conversation that leads to greater support for smart tax approaches and public investments. This sticky and compelling idea can help in the short run, while also shifting the culture in a constructive direction over time, making many future conversations easier even before they happen.

Ultimately, our goal when working with communicators and advocates is to shift the culture so that a “new common sense” can take hold, or at least compete with ideas that are currently so familiar and accepted that they become the only reasonable way to see the world.

What if “living within our means” didn’t seem like the only reasonable way to think about public budgets, and smart investments in the foundations of our prosperity (including public systems) became a no-brainer?

What if reasonable people hardly questioned the idea that workers have the right to stick together at work to speak with a more formidable voice about their needs, rather than repeating the old saw that unions put companies at risk?

What if the idea that the economy prospers best when average workers have enough money to spend, and enough security to be comfortable spending it, were a commonplace notion, reflected in casual conversation and TV plots, rather than just in press releases?

Those are culture changes worth fighting for.